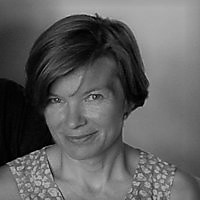 Since 2004 Carolyn Kadas has taught a course on economic transition in Eastern Europe in the University of Bologna’s MIREES program, as well as a course in Specialized Translation at the faculty of translation and interpretation since 2015.

She worked as a journalist and researcher for the Economist Intelligence Unit’s office for Eastern Europe based in Vienna in the 1990s. Her areas of expertise are emerging markets in Eastern Europe, the Middle East and Africa. In 1989-1990 she was a Fulbright Scholar in Budapest Hungary. She received her MA in Russian and East European Studies in 1989 from the University of Washington in Seattle, USA, with a concentration in International Economics.

Resident in Italy since 1996, she is a native of Oregon, USA, and speaks fluent Italian, German and Hungarian.